Madrid Community Schools is an excellent system serving grades K-12, all at facilities located within the town of Madrid. 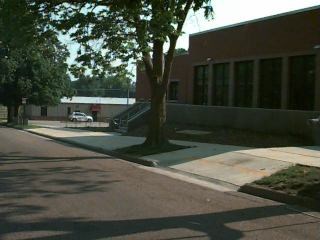 Originally the Madrid School's K-12 grades were located on one campus in 3 attached buildings.
In 1969 the high school building was built and the 9th-12th grades were moved to their present building.
In 1992 the junior high wing was added to the East hallway of the high school and the 7th & 8th grades were moved out to the high school campus.
Leaving the elementary grades at the original campus. In the fall of '98 the oldest part of the elementary school was destroyed by fire early one morning before classes started. Voters in Madrid overwhelmingly approved a complete facelift for the remaining facility. The second addition, dating back to 1925 was demolished on June 21, 1999. During the summer of 1999 a massive project was underway to build an entirely new, modern addition. A previous addition originally built in 1963 was remodeled and a separate shop facility on the campus was remodeled to hold 4 temporary classrooms. After the opening of the new addition the temporary classrooms were converted into the Administration Offices.
In 2008 because of growing numbers, the 4 temporary classrooms were once again made into classrooms and an addition was added on to the building to house the Administration Offices.
In 2013, the North High School wing was remodeled, with an addition of a science wing and the 2 old science rooms being remodeled into 3 new classrooms.
In 2012 a local group (M Foundation) started fundraising for an all weather track/football field complex at the Jr/Sr High School and was finished in the summer of 2015.
The 1:1 Program was started in the 2015-16 school year for all Jr High Students.
Each 7th & 8th grader was given a Acer Chromebook (c740s) to use during the school year.

The mission of the Madrid Community Schools is: "The community of Madrid will work together to maximize the ability of all students to succeed in society."

As a result of their education from Madrid Community Schools, all students will: solve problems; use technology; work respectfully with others; be life-long learners; be productive and contributing members of society; be able to communicate through speaking, writing, reading, and listening; be responsible and accountable academically and socially, and develop social skills necessary to make healthy life choices. 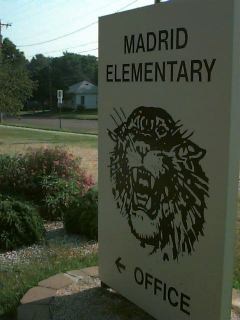 The K-12 student population attends classes in Madrid in two facilities. One serves K-6 and the second, 7-12. The well-maintained facilities undergo annual modernization, yet still remain the personal nature of a small community school.

The students are served by a staff/student ratio of approximately 15 to 1. Our students consistently score well on standardized tests when compared with the rest of the students in Iowa. Also, Madrid's annual ACT average exceeds both the state and national averages.Typically, 78% of our students continue their education beyond the high school experience. All students have internet access through a district-wide network and technology is integrated into all phases of our K-12 educational experience.

"Keeping students' welfare at the center of all decisions, drives our way of doing education."